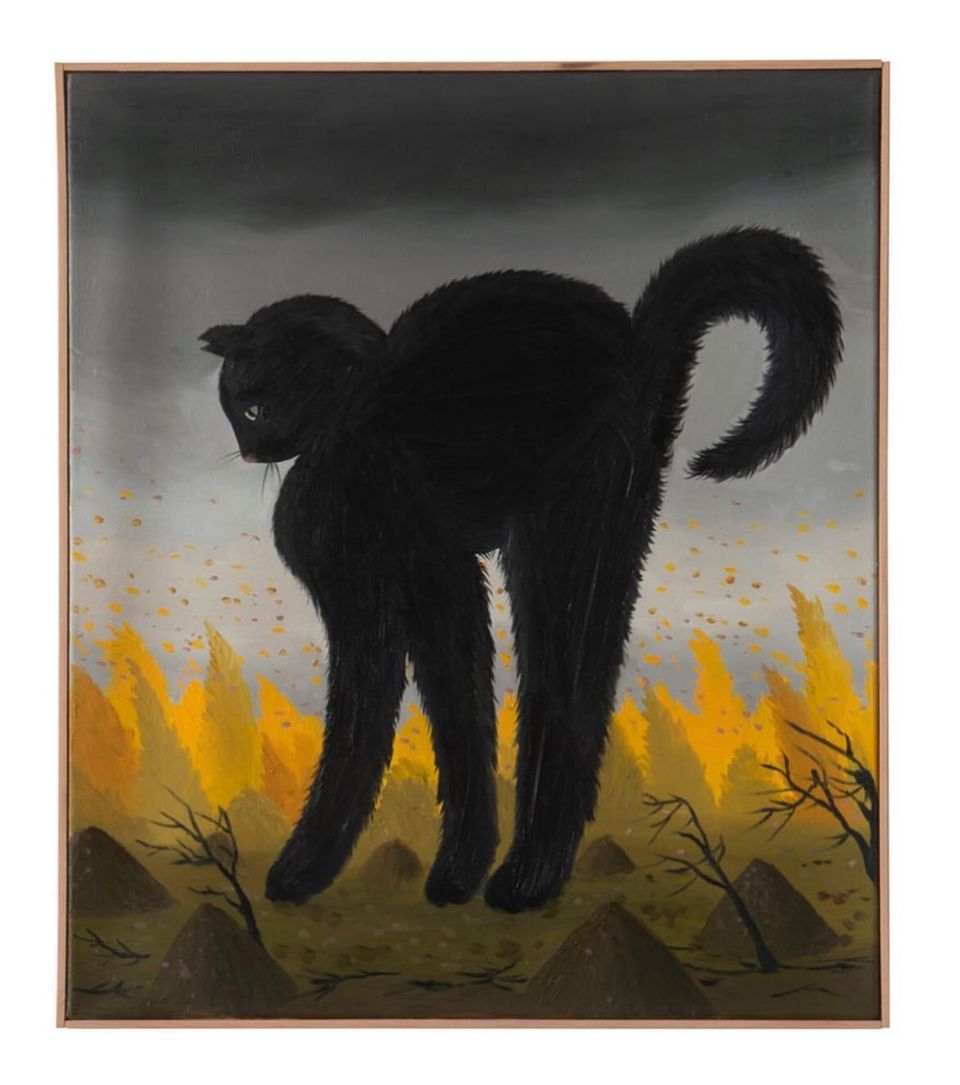 this place gets a lot of crossfire

No train station here, the old man said.
But I remember very well that it was here. I remember the square in front of the station… the
sunflower-seed sellers. And apple-sellers. They sold apples by the bucket. These yellow
apples, bruised all over. I suppose they were windfall. No one would buy them, but the sellers
sat there all the same.
Perhaps, the old man said, you imagined it. Déjà vu.
What, even the apples?
Apples are what people tend to imagine most of all.
But somehow, she objected, somehow I’ve found myself here.
There’s a certain chance that you have always lived here, the old man said.
There still has to be a station. Every city has to have a place you can leave from. Leave forever.
Otherwise the city’s no good at all.
No train station here. Perhaps there was one once. A very long time ago. There was an airport
before, too.
What, she asks, no one here can leave?
If you like I can row you across in my boat, the old man offered.
No, thank you, she said, thank you very much. No need.
Then move along out of here, the old man said, this place gets a lot of crossfire.

The ones who’d been hiding in the basement we no longer knew,
even if massacred, you see, the sharp-eyed arrow
hardly harming them, came out again in sulf’rous steam.
What’s going on with them, why are they emerging
their sharp fangs bared like misbegotten wolves?
He who hid in the basement is barely a person anymore,
in bright sunlight he
shudders and withers.
They’re repulsed by our food, our modest dwellings, our simple worthy way of life
they’ve utterly forgotten,
let them roam the woods, we’ll manage here without them.

but on moonless nights they come up to the gates
a dark and silent host
they do nothing, just stand there and look
as though they miss us, as though they want to see us
as though they remember who they really are
there’s no point of course in doing this
none of us will go out to them
we’re not stupid.

He says: all the glittering layers of mica
the mountains and the cities
I would forfeit them all to keep you from misfortune
any worse than what was then
he says you’re a fish and I am water
he says my ponds are plump with fish
my cisterns splashing with black milk
my wingèd junks laden with hashish
I, he says, did you right
so many times
all the coast winds are working for you
all the world’s studios are working for you
Judith Leiber’s making bags for you
Hedi Lamar acted in silent films for you
though that was quite a while ago
he says, what you lost I have found
that’s me your first and your second
I’m hardcore
and nothing will tear us apart
so he says while the train rattles on
while bodies on dirty mattresses lie sprawled by sleep
striped by the passing lights
three days now she hasn’t opened her eyes
three days now he’s been talking to her singing
while the train cuts across snow-covered fields
then fields full of reflecting melted water
then fields with unharvested rusty stubble
then black scorched fields
of course she is still breathing
of course she hears him talking
she can’t not hear

2.
What’s going on there, she asks, what’s going on?
I can’t see anything from here, can’t hear,
He says the cherries are glowing red there, sour ones,
there’s always markets here on Saturdays.

Ladies in bright headscarves selling buns and beer,
Fresh fish caught that very morning,
It’s too bad you can’t see how pretty it looks
The watchman’s hut all in hollyhocks, pink and purple

Soon we’ll get to the sea, get out at the way-station,
Seems like I can hear the pounding of surf even from here.
What do you mean, tanks? God be with you.
She’s lying turned to face the wall.

He looks out the window, above the roofs something
Like a blaze, like nothing found in nature,
A low sky of heavy and greasy
Steam from the cooling towers or not from the towers,

Fine, he says, we’ll start at the beginning,
And so he speaks, and things seem better…

Maria Galina is a poet, translator, and critic. She has published several collections of poetry as well as novels and short stories. Educated as a biologist (specializing in marine biology), Galina changed careers in the 1990s, becoming a professional translator and writer. As a translator she works on contemporary English-language (Fiona Sampson, Ruth Padel, Charles Simic, Carol Ann Duffy) and Ukrainian (Marianna Kiyanovskaya, Vasyl’ Makhno, Serhiy Zhadan, Galina Kruk) poetry. As a literary scholar she works on the social aspects of genre; she has also authored several collections of literary criticism, mostly on speculative fiction.

Ainsley Morse is a translator of Russian and former Yugoslav literature and a professor at Dartmouth College. Morse’s previous publications include translations of Vsevolod Nekrasov, Andrei Egunov-Nikolev, and Yury Tynianov. Recent work includes F-Letter, an anthology of contemporary Russian feminist poetry (isolarii, 2020), and The Fine Feats of the Five Cockerels Gang, a 1933 Marxist-surrealist epic poem for children from Yugoslavia.

Anna Halberstadt is a poet, translator, and clinical psychologist who grew up in Lithuania. She has published numerous collections of poetry in English (including Vilnius Diary and Green in a Landscape with Ashes) and in Russian (Transit and Gloomy Sun). She has translated poetry by Eileen Myles, Edward Hirsch, and Bob Dylan, among others, and has received many awards for her writing and translations.

what waste to be not stung