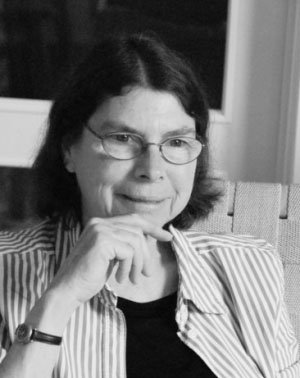 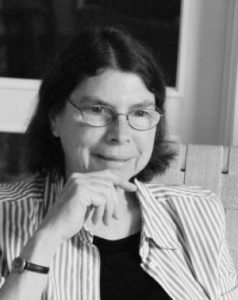 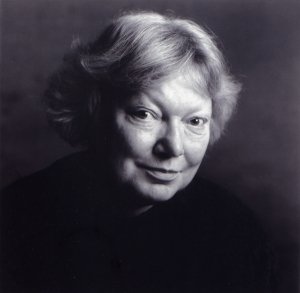 Susanna Nied on Translating alphabet
by Inger Christensen (Part One)

In the spring of 2011, I happened upon Inger Christensen’s alphabet, a slim New Directions paperback, and came under the spell of its exquisite structure almost immediately. I couldn’t fathom why I hadn’t heard of the poem before. The fact that it and Christensen were (and are) almost entirely unknown in the United States stuck me as a loss, but also gave the book the quality of found treasure—a jewel hidden in the vast avalanche of contemporary poetry. The beauty, fragility and moral courage of the poem sparked my curiosity about poetry in translation in a way nothing else had before.

Christensen, considered among the major European experimental poets and writers of her generation, was born in 1935 and raised on the east coast of Denmark’s Jutland peninsula. She later moved to Copenhagen, and then to Århus, where she earned her teaching certificate before going on to teach at the College for Arts in Holbæk. She authored several books of poems, including IT, Butterfly Valley: A Requiem, and alphabet, as well as novels, essays, plays and children’s books. Often mentioned as a candidate for the Nobel Prize in Literature, Christensen received numerous international awards, including the Swedish Academy Nordic Prize. Her work, which has been translated into over twenty languages, engages ecology, phenomenology and politics without ever letting a razor-taut line of language go slack.

alphabet begins at the intersection of two systems: the Fibonacci sequence and the Latin alphabet. Like these systems, the poem maps both language and the material world—but rather than organizing the world, alphabet reveals its vitality, discovering freedom just under the surface of constraint. It is entirely appropriate that the governing patterns of alphabet come in the form of numbers and letters. These are human symbols that carry meaning on the most minute level, which, in the case of Christiansen’s poetry, is also the most profound level.

Susanna Nied’s translation of this groundbreaking poem, which earned an American-Scandanavian PEN Translation Prize in 1982, opened a window for America to see into Christensen’s dense, dazzling world. I approached her with several questions about how she discovered and came to translate Christensen’s work. The close affinity shared by Nied and Christensen (who died in 2009) across continents and languages comes through in the work; it’s a joy to hear the story told by Nied. Here, she begins by sharing how she discovered Inger Christensen’s work, and what it’s been like to live with alphabet for the last 30 years.

I had the pleasure of corresponding at length with Susanna Nied throughout the summer about her work translating Christensen, and over the next few weeks Circumference will be sharing more of that correspondence.

I basically lucked into alphabet. I had acquired a taste for Danish literature in the mid-1960s, as an exchange student in Denmark. I began translating around 1970, with a small collection by the 19th-century Danish poet J. P. Jacobsen. (Rilke liked him, so I wanted to see what he was about.) Then I discovered Inger Christensen’s two earliest books, Light and Grass. I was baffled and smitten, and I translated them—as a way of trying to understand what she was doing—while I was in graduate school here in San Diego in the 1970s. In some ways, those were stumbling translations; my Danish (far from perfect, even at its best) was rusty, and of course there was no Internet back then.

But one of my wonderful comparative literature profs urged me to send the translations to Christensen, and finally in 1979 I mustered the courage to do that. I asked if  “Ms. Christensen” would be willing to work with me on them. She agreed and asked if I would translate a third book as well:  IT. She sent me a copy. At that point, alphabet hadn’t yet been written.

For the next year or so, Inger Christensen and I corresponded via airmail. We started by correcting my errors in Light and Grass, and then we went on to IT. I sent translations and questions, and she replied, on onionskin paper, with corrections and comments and infinite patience. IT was difficult intellectually as well as linguistically (understatement). I often had to struggle through, word by word, and would then be at a loss for ways to let those complex literal translations become poems in English. It was like chipping away at a block of marble, trying to recreate a sculpture.

Finally, the sculpture did manage to emerge. I realize now that by translating Light, Grass, and IT, Inger’s first three volumes of poetry, in the order in which she had written them, I was not only improving my general fluency, but also learning her own personal Danish, from the ground up. Invaluable.

Meanwhile, she sent me her fourth poetry volume, Letter in April, where themes from the first three volumes reappear in very different form. I was vaguely planning to start translating Letter in April when I finished IT. As our work with IT drew to a close, I received a grant that would let me go to Copenhagen so that Inger and I could complete our revisions face to face. And a couple of months before I was to leave for Denmark, in late November of 1981, she sent me her newly published alphabet.

I hadn’t known that she was working on another book. I opened the package, cut the pages apart, sat down on the floor, and began reading. No marble blocks here; I understood perfectly what was going on. I read straight through, finishing late at night, with tears running down my face.

Right away I started translating. I didn’t tell Inger I was doing it. For the time being, I didn’t want anyone else’s input, not even hers. I had a very strong sense of what the poems could become in English. I kept shaping and reworking. Interlinked spirals. Double helix. Beauty and destruction. I was possessed. I would stop in the middle of conversations or tasks at my job, at home, wherever, and scribble notes on scraps of paper. I would pull over while driving and jot down more effective wording or change a line break. I let everything else slide. I think my husband began to consider leaving me. I finished the preliminary draft the day before flying to Copenhagen.

I did eventually show that preliminary alphabet translation to Inger, who pronounced it flot (high praise) and went over it with me, asking excellent questions, musing and reminiscing about how she had written the poems. We had a long tussle over whether the key verb should be “exist/exists” or “is there/are there.” Inger ultimately won, thank goodness, though it took me several months to capitulate. As we worked together during the six weeks I spent in Copenhagen, I recognized the content of alphabet in Inger’s daily life and in her memories. I recognized its cadences and phrases in her speech. Again, invaluable.

In the ensuing years, I went to Denmark several more times to visit and work with Inger. I tinkered obsessively with alphabet until its eventual publication, first by Bloodaxe in the U.K. in 2000, and then by New Directions in the U.S. in 2001. I’m still getting ideas, all these years later, for improvements. Since alphabet‘s publication in English, I’ve translated several more books, by Inger and by other superb Danish poets as well. But no other translation has ever taken — and kept — hold of me like the alphabet translation.

Iris Cushing was born in Tarzana, California. In 2011, she was a writer-in-residence at Grand Canyon National Park in Arizona. Her poems have appeared in the Boston Review, La Fovea, Two Serious Ladies and other places. She lives in Brooklyn and works as an editor for Argos Books and for Circumference: Poetry in Translation.
Susanna Nied, a former instructor of English and comparative literature at San Diego State University in California, is an American writer and translator. Her translations have appeared in publications such as APR,Poetry, Granta, Tin House, and Two Lines, and in several anthologies. For her work with Inger Christensen’s poetry, she has received the Landon Translation Prize of the Academy of American Poets, the American-Scandinavian Association/PEN Translation Prize, and the John Frederick Nims Memorial Prize of Poetry Magazine. Her translation of Christensen’s Light, Grass and Letter in April was recently selected as a finalist for the 2012 PEN Award for Poetry in Translation.

An American in Dante’s Inferno