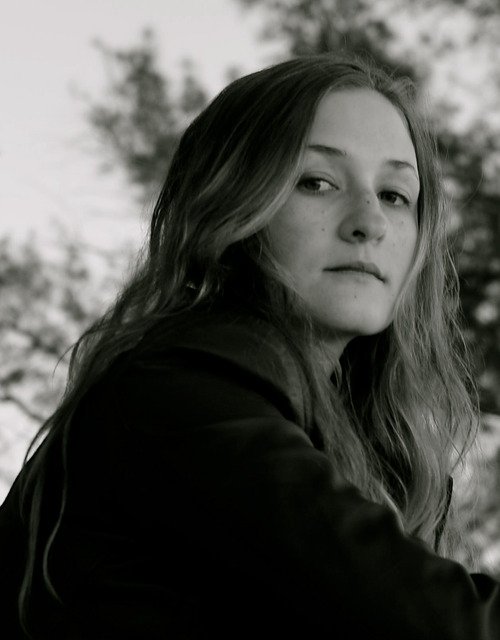 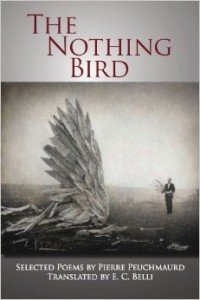 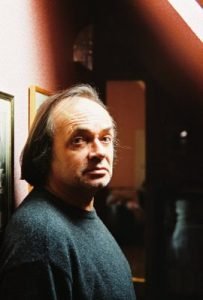 I was lucky enough to study translation with E.C. Belli at Columbia University, and I’ve been fascinated since then by her translation process, her fierce advocacy for the little known (in the U.S) French poet Pierre Peuchmaurd, and the work that has resulted from it. She has rendered the elemental, late surrealistic poetry of Peuchmaurd in an evocative, emotional English, and the collection she translated and edited is now available from Oberlin College Press. You can read more of Belli’s translations here.

How did you first become interested in translation and in the translation of poetry? And can you describe some of your first experiences with translation?

I suppose I’ve never experienced life without translation. I grew up speaking French with my Swiss father and my sister (in school as well) and English with my British mother. My mother was very firm about not letting us speak anything else than English with her as she wanted us to be bilingual. After living a day in French, I’d come home and attempt to recapitulate it all in English. It was constant and exhausting.

As for the translation of poetry and literature, I first became interested in it when I started reading poetry as a preteen. Three authors in particular: Edmond Rostand, Alphonse de Lamartine, and Victor Hugo. But really I think it began with Edmond Rostand (best known for Cyrano de Bergerac): a teacher in junior high school, Madame Vera, gave me his out-of-print book Les Musardises. His poem “Le Petit Chat” had charmed me and I kept going on about it in class. She just pulled out this old book for me one day and sent me home with it. It was my first treasure.

I then discovered Rostand’s play, L’Aiglon, based on the life of Napoleon II (later called the Duke of Reichstadt). Specifically, an unfinished poem from 1894 that was featured in the supplementary materials. It’s called “Un Rêve” (a few lines actually made it into the fifth act of the play): the Duke and Seraphin Flambeau, an old soldier from Napoleon 1st’s Army, stand in a field after Flambeau has struck himself with a sword to avoid being taken alive by the police. In his dying haze, Flambeau imagines he is back at the Battle of Wagram and is dying an honorable death from battle-related wounds. The Duke joins him in his reverie and sees the field fill with dead and dying men, and finds himself helpless amid this widespread suffering. It’s so beautiful and dark and tragic.

I remember wanting, very badly, to translate “Un Rêve” for my British relatives, in particular my grandmother, who is a poet. I’d go at it line by line, on the fly, doing the best I could. Sometimes something magic happened and a line came to life, but more often than not it fell completely flat. It was very frustrating. Two years ago, I wrote an “adult” translation of the poem during a class. It has a lot of problems, but I love it and keep going back to it to make changes. It’s my secret project. I suppose that was my first experience with ‘real’ translation.

What attracts you to a certain project? And specifically, how did you come across the work of Pierre Peuchmaurd?

Oh, I’m hopeless. Love, death, and the carnal! I end up with terrible crushes on projects. And writers. They are often formally innovative and always very charming. I think I literally fell in love with Peuchmaurd when I first read him. I discovered his poem “It Will Come in My Left Lung,” shortly after his death, on the French poetry blog Poezibao. I just wept and wept, even though I didn’t know him. I then went on a rampage and devoured “A Treatise on Wolves” after which I bought all of his books. They were very hard to find. A lot are out of print. But his son, Antoine, has a bookstore in Montréal, Librairie Le port de tête, where he keeps a lot of his father’s works. Check them out on Facebook.

After becoming so familiar with his work, how did you approach putting together a single collection to introduce him to American readers?

It was my way of engaging with it on the deepest possible level. To feel it in every fiber of my being. I needed a physical relationship with this writer, something I could only get by carrying his words around with me, by having them tumble around in my mind.

I ended up performing a mostly thematic progression through his poems. I’d find a whole bunch of poems he’d written on life in the countryside, stop there for a bit, translate my favorites, and then find some on death, and then stop there, and so on. And that’s what ties the book together, I think. It makes a lot of sense to me emotionally. I’m very attached to each poem, as though they were people. The book is like all my favorite people in a room.

Do you have any advice for young translators?

There are a few things that have become personal truths over the course of my projects, but I am weary of ‘great truths’ that should apply across the board. Everyone finds their own style. (By the way, I totally consider myself a “young” translator. Has 30 pushed me over the edge? Say it isn’t so!):

E.C. Belli is a poet and translator. Her translation of a selected volume of poems by late French poet Pierre Peuchmaurd, The Nothing Bird, was recently released by Oberlin College Press (2013). She is the author of Plein Jeu (winner of Accents Publishing’s 2010 Poetry Chapbook Contest) and an editor at Argos Books. She is the recipient of a 2010 Paul & Daisy Soros Fellowship for New Americans.

Susanna Nied on Translating alphabet by Inger Christensen (Part One)