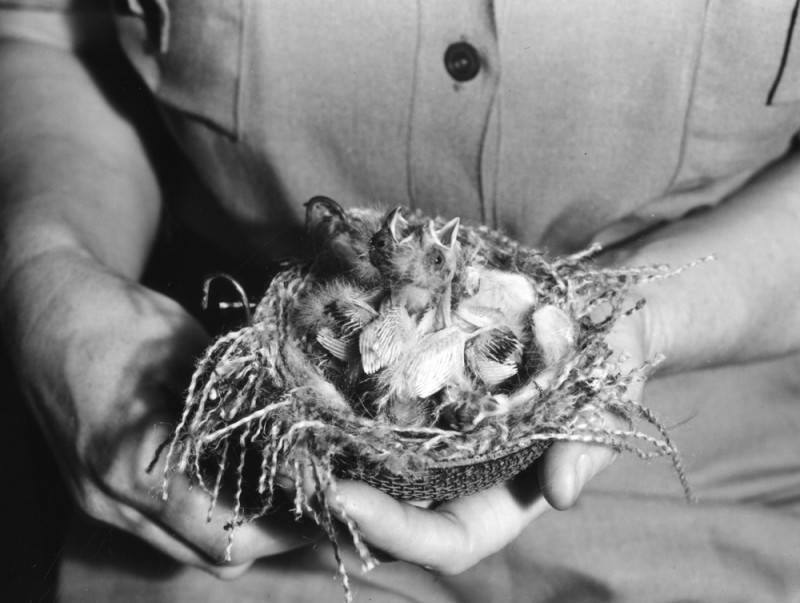 Four riddles from the Exeter Book, translated from Old English by Evan Klavon

Riddles confront us with unfamiliar perspectives, disguising what in testing wisdom of how. Objects themselves narrate strange attributes and behavior, then finally demand “What am I?” To have one’s sense of the familiar reoriented and enriched by thousand-year-old riddles is to be reminded of continuities in the powers of human imagination and insight.

My versions of these four Old English poems from the Exeter Book involve a range of approaches to translation, in an attempt to represent the variety of qualities of the source texts. With Riddle 7 I’ve closely approximated the meter, alliteration, and further musicality of the Old English verse. I’ve also tried to carry over the riddling ambiguity and double-meanings of the original, in some places inserting Modern English puns similar in suggestion and near in location to puns in the original. In particular, my version attempts to render a reading which I have not found in any critical literature or translations to date: adding the complication of quill-pen to the consensus solution of swan.

For Riddle 8 I’ve opted to make the old feel more contemporary through modernization of some of the colorful idioms and vocabulary, and by trying to capture the verve and theatricality of the nightingale in loose and rough pentameter. The lack of punctuation in a way reproduces the nature of the manuscript, where poetry is written as (mostly) unpunctuated prose, its verse and syntactical patterns to be supplied by the reader/performer.

Little consensus has been reached regarding the solution to Riddle 39. Proposed solutions include: cloud, comet, day, death, a (prophetic/auspicious) dream, fate, moon, revenant, speech, and time. Rather than translate with a particular solution in mind, I chose to use an open form, reproducing the original’s field of catalogued details while playing off its grammatical relationships, especially the pattern of negations which comprise much of its riddling description.

While many of the Old English riddles personify objects to the extent of giving them voice and/or generally anthropomorphic figuration and action, Riddle 50 is especially rich in presenting fire as a powerful and proud warrior. To capitalize on this persona, I decided to transform the riddle from Old English verse (the single form of which was also used for warrior poetry such as Beowulf) into the more modern popular form for tales of heroes, the ballad stanza.

These riddles translated from Old English come from the Exeter Book, a miscellany containing some ninety-odd riddles total, as well as thirty-five poems of varied lengths on Christian and other themes, and a selection of maxims. Likely produced around 965–75 CE, the Exeter Book is perhaps the oldest surviving manuscript collection of vernacular poetry from Anglo-Saxon England; it is difficult to establish how much older the poems copied therein may be. As was usual for Old English poetry, the poems are all anonymous, and scholars can do little more than conjecture as to the editorial intentions of the scribe who compiled the book.
Evan Klavon was raised in Fresno, California, spent several years on the East Coast and abroad, then returned West to Seattle to attend the MFA Program in Creative Writing at the University of Washington. He is now a PhD student in English at UC Berkeley, where he learned Old English and specializes in Twentieth Century poetry and poetics. Some of his own poems can be found online at Ink Node, Linebreak, and Pacifica Literary Review.

My clothes stay quiet     as I cross the earth
or let down on a dwelling     or drive the waves.
At times my trimmings     and the mighty sky
muster me up     over men’s nooks
and then cloud’s clout     bears me about
over the folk.     My bits of kit
sound out loudly     and sing a line
noting finely     when I’m not near
river and ground,     a rambling ghost.

I speak by one mouth a feast of tongues sing through modulations changing quick a heady voice crying out loud my tune carry my way resound without refrain as an old evening-bard to courtiers brings merriment to settlements when I alighting shout my voice to homes they quietly sit there nodding.           So tell what I am called who like a showgirl jest and imitate with gusto cabaret promising men much to welcome with my voice.

There is a warrior who walks the earth,
a wondrous asset come,
who amid sparks was born so bright
from parents deaf and dumb.

In spite of foe, foe battles him
to both hostile the same.
So ferocious, he overpowers,
yet by a wife he’s tamed.

Them he’ll hark and well obey
and serve in harmony,
if they just serve, the women and men,
what proper meals he needs.

Good he’ll treat with good in kind,
his mild mercy earned.
But those who let him swell with pride
are grimly paid in turn.

three years of ballet tutus and taffeta and still i lost my posture.

my mistake must have been wanting to communicate