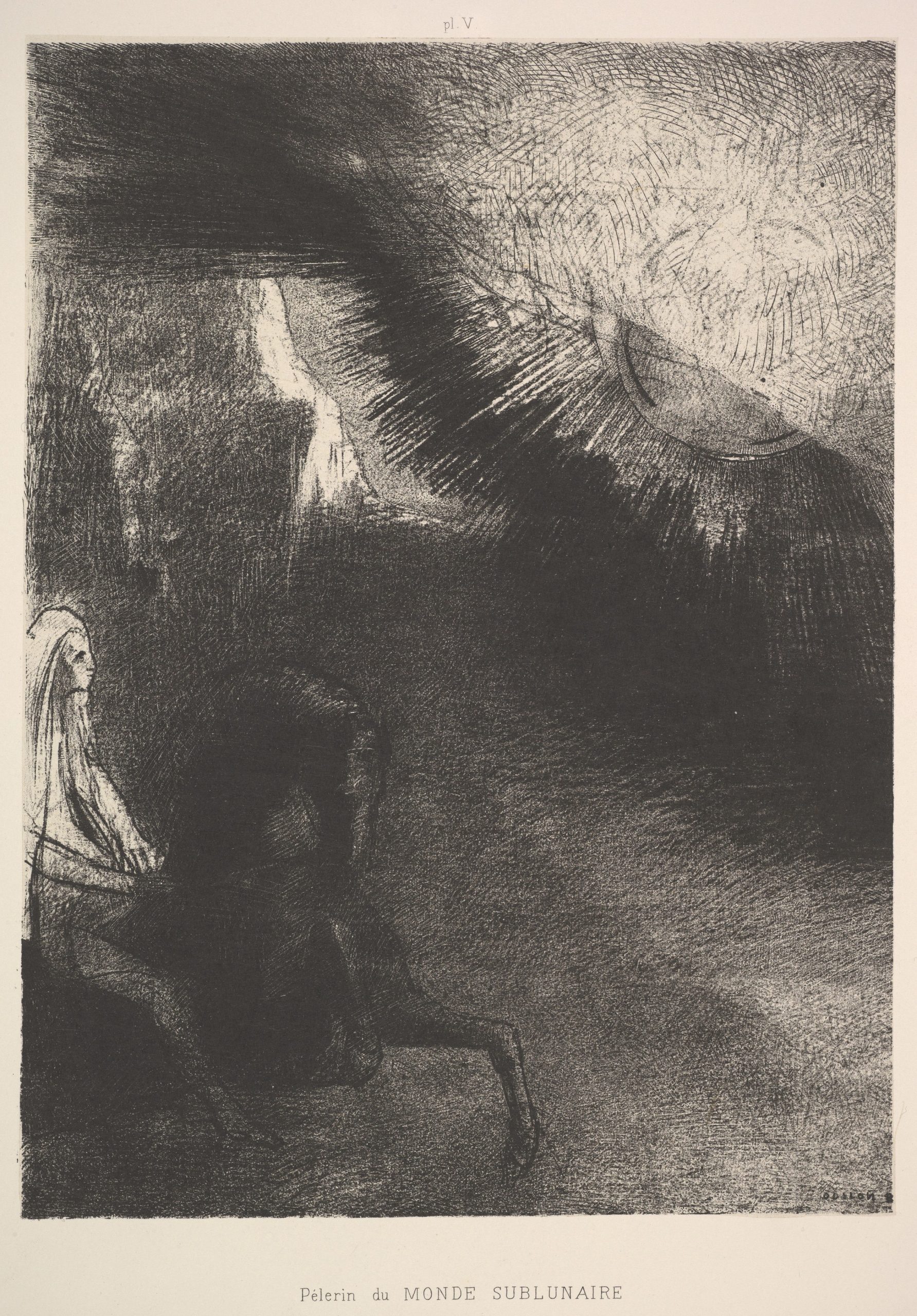 Odilon Redon, Pilgrim of a sublunar world, 1891, The Metropolitan Museum of Art.

Pēters Brūveris was born in Riga in 1957 and worked as a literary consultant to the newspaper Latvijas Jaunatne [Latvian Youth] and as the director of the literary department of the newspaper Literatura un Maksla [Art and Literature] for many years. Nine collections of his poetry were published in his lifetime. He also wrote four books for children. He translated and edited a collection of Turkish poetry entitled Courtyards Filled with Pigeons (1988, together with Uldis Bērziņš), and translated the works of many Lithuanian poets as well as poetry and prose from Azerbaijani, the Crimean Tatar language; Russian; German; and Prussian. His honors included the Days of Poetry Prize, the Award in Literature from the Baltic Assembly, and the National Prize for Best Book.

Inara Cedrins is an artist, writer, and translator from Latvian into English. In 2005–2006 she lived in Riga and taught Creative Writing at the University of Latvia. Her most recent book, Snake Alley, was published by Chinese Literature Press in 2014. She lives in Albuquerque, NM.

And her answer: What does that mean what do you mean by “rain”?

the smell of the eyes of a beast