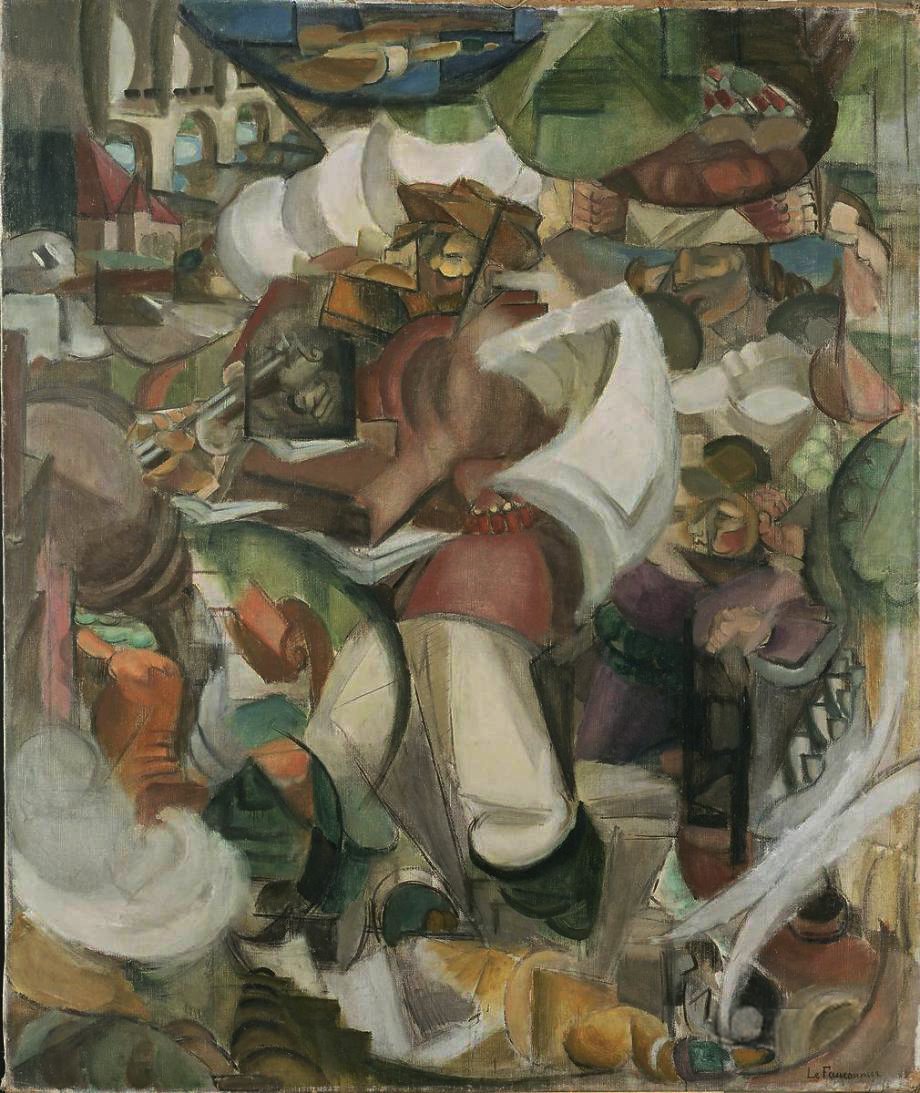 On the day of Bach’s birth
I lie motionless
And I watch Sviatoslav Teofilovich Richter
Playing Mozart’s Sonata No. 8
In London.
Here he comes out.
Like Marshal Zhukov comes out to the Oder.
Here he bows.
Curtly and unequivocally.
Like a judge satisfied with the ruling
And the choice of an executioner.
By the way, Richter’s father was shot dead by our bunch,
Ten days before they surrendered Odesa to Germans,
Which didn’t stop Richter from being one of our bunch,
Even though he’s three quarters German,
And one quarter the Soviet Marshal of those keys.
The lights are fading.
The interrogator’s lamp is glaring Mozart in the face.
“The Eighth Sonata?
Sounds to me like some counterrevolutionary organization.”
Richter’s fingers, they’re not flying, not running.
It seems like his hands are shaking
As if he’s having a fit.
As if in convulsion.
And Mozart,
Three quarters German,
One quarter wine from the taverns of Vienna,
Buried in some paupers’ pit,
Just like Richter’s father,
In the plotting of his sonatas, is shrewd.
Here the music slowly rises skywards,
And here are the goosebumps of joy
Thrilling the public.
Mozart was one shrewd Beatle.
Richter receives the communion.
For him, those speedy stretches
Show sonata’s crises, the crisis of genesis.
And so he goes through them even faster.
At andante cantabile though, the hands are falling
Into the foam of keys,
As on the shoulders of a prodigal son returned.
What was born on the day of mother’s death,
In the placenta’s lava hitting right from the sky,
Richter plays it with the hands of his father,
He shouts in horror with his motionless face,
With the firing slit of a Gwynplaine remodeled.
God whispers to that baby boy of seventy years,
“Courage, my dear,
Don’t you give up,
I’ll walk you out of Russian captivity.
Just do that and go wherever you want.
Even to that Chopin of yours.”

When we’re back from the shelter
To the house that’s still alive
I stay on the porch
And listen
To the air raid siren
Fading away.
There are several of them.
They switch off in asynchrony,
Like some organist’s taking away
From a seventh chord
One sound after another.
The last one seems like
It’s smothered
With its own cough,
Like an elderly theatergoer
In the stalls
Mopping his lips with a whitish gray
Handkerchief
That has seen better views, better times.

The spring tries in vain to explode with warmth,
As an aircraft repair plant explodes
Hit by a Caliber.
When we win
I’ll come out to the porch
With a liter jar
Of Cuba Libre.
I will read
Something nice,
Of hobbits and the ring,
Or maybe of Chunya the dachshund,
Or maybe even some meaningless story about zombies.
And I will feel
How the hollow hole under my glassy heart
Hides that mortal cold.

My niece behind the wall
Practices her pianoforte,
To prance she trains her fingers.
So far, her success is meager.
She repeatedly stumbles and lingers.
After every third stumble
She snaps and she pummels the keys
And totally quits all music.
But then she re-enters.
Behind the window, some alien airman
Brings in haste his new presents of death to some towns.
Every time he is back
The girl loses her track.
And when his sound is gone
Her fingers again can don
Their flighty boldness.
I’m writing a movie script.
Some whodunit.
On the scale of evil,
My archvillain is
At the unhappy beginning.
Everyone at the air base is dead serious.
Why bother writing those movie scripts
and training those fingers to prance?
“Before their death, sailors don their clean dress;
If you’re spared come evening, go dance.”

Yuri Smirnov was born in Kirovohrad, Ukraine, in 1973, and graduated from Kharkiv State University (biology) and Kirovohrad Pedagogical University (Russian philology). He has worked as a TV and movie script writer, including on the TV series The Dragon Syndrome, The Bone-Setter, Wit Works Woe, and others. Smirnov has published two collections of poetry: Universe Non-Format (2020) and Astra (2021). His poems are included in the anthology Russian Vers Libre (2019), and he received the Grigoriev Poetry Award (2015) and the Lyubimovka Festival Award (2018).

jumping out of one building and into another