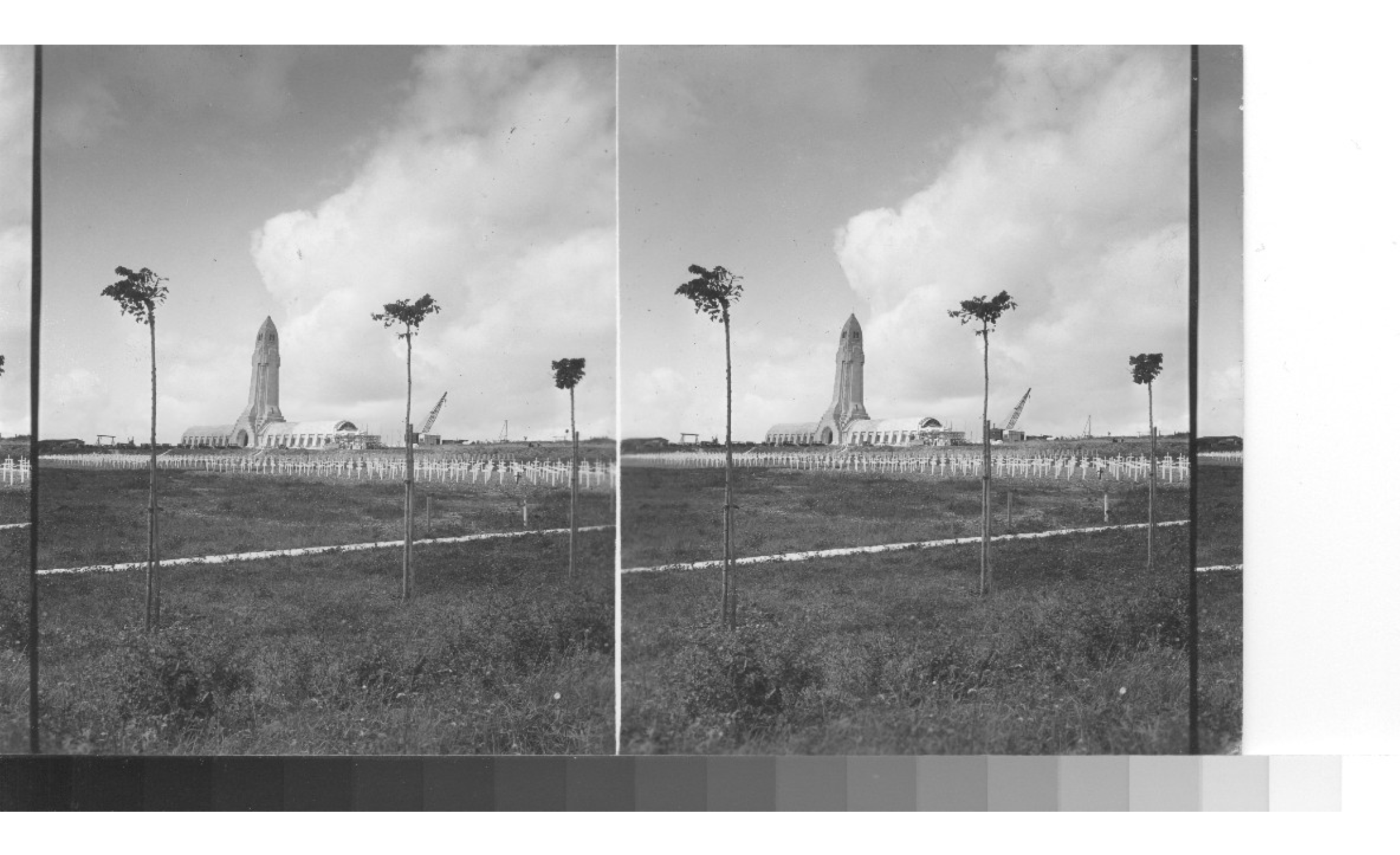 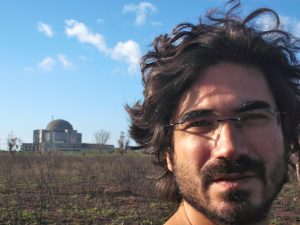 Excerpts from The World as Presence by Cuban writer Marcelo Morales Cintero, translated and with an introductory essay by Kristin Dykstra

El mundo como ser (The World as Presence) is Marcelo Morales Cintero’s newest work. Like his previous books it has emerged in segments. The pattern is that some are first published in freestanding chunks but are destined to become part of a larger whole. Segments 1–12 of El mundo como ser were published as a preliminary sequence in 2013 (in Mandorla: New Writing from the Americas / Nueva escritura de las Américas 16). Morales has now completed subsequent sections and is consolidating his book-length manuscript.

One of the challenges of this translation is that we began our collaboration before he completed the entire book, so the final version may change. And while Morales has won a variety of literary prizes in the past, it’s also too soon to tell what kinds of institutional and artistic validations will come for this book after its Spanish-language publication, so I can’t argue for the value of the new work on these terms. I can only say that so far the reception of our excerpts in English translation has been enthusiastic.

There are opposing truths that motivate me to take up this project despite those apparent pitfalls. First and foremost: translators need to take risks sometimes. Or what are we really doing this for?

Translators need to take risks sometimes. Or what are we really doing this for?

Next, translation has its ways of facilitating life-giving dialogues between an author and his or her colleagues out there in the world. It’s exciting to get a project out there in English while the author is still so intensely involved with it, rather than leaving his work to languish in the usual lag time (years, decades, lifetimes) before translation arrives, if it arrives at all.

Furthermore, while Morales is younger than other Cuban poets who have built a greater international reputation today, he is also a writer mature enough to know himself even while taking new turns. His first book of poetry appeared in 1997, when he was twenty years old, and he has many other collections out already. Cuba is a place where older generations have held onto their dominance in many arenas, often with great accomplishments. No matter what their significance is, it’s still a mistake to overlook the energy of writers now in their thirties and forties.

El mundo como ser explores the vast interior spaces of the self, which figure prominently in Morales’ earlier poetry. The major difference is that the new book is more overtly involved with the recent history of the nation. In the sentences and fragments comprising El mundo como ser, Morales registers shifts in Cuba’s economy and society under the island’s new presidential leadership. Raúl Castro’s gradual and highly planned openings toward small-scale capitalism have begun to alter daily life for Havana residents. It is by no means clear what this much-hyped and much-debated state of transition will become for them in the long term. This fact, more than any concrete reference flitting past that I’ve taken time to confirm while completing the translation, is central to understanding El mundo como ser.

Morales’ lines of text manifest the “stippling” of presence in society – flecks and scratches of the ser, or one’s presence, or one’s being, one’s consciousness. His poems register a constant desire to confront the most essential features of life, to trace its contours and explore the range and complexity of human possibility within everyday life in Havana today. In search of these contours the speaker tends to focus on the edgings of death. The emotional intensities of his everyday quest sometimes seem to carry him toward numbness. Perhaps that alternation of intensity and numbness is essential for survival – but the speaker seems to wage war on numbness anyway. He is absolutely determined to explore the infinitude of spaces within the self, and to make room for love, a powerful and paradoxically internal escape from isolation.

Another significant tension that flows through the fragments of the larger manuscript is the desire to locate a viable political perspective, which brings a new layer of emotional risk into El mundo como ser. These poems clearly indicate a critical view of the status quo in Cuba, expressing distance from official rhetoric in a way characteristic of many citizens confronting the uncertainties of the twenty-first century. Do known dissident organizations, like the Damas de Blanco (the Ladies in White, a well-known opposition group) who appear in a few different places over the course of this book, offer a viable alternative? Might opposition cycle back into familiar (and potentially violent) polarizations between the current government and an all-too familiar version of the right wing? What sources of information are reliable on these matters? Absent greater certainty, where can hope reside?

Marcelo Morales Cintero, born in Cuba in 1977, is a member of a generation of writers who came of age in Havana during the island’s “Special Period” of severe post-Soviet economic crisis.  His influences range from international literature to readings in history and philosophy.  Dedicated to the slow development of his book projects, Morales has earned many of his literary awards for segments of larger works in progress.  For example, excerpts that would come together to form his 2006 poetry collection El mundo como objeto won the 2004 poetry prize presented by La Gaceta de Cuba, as well as an honorable mention in the national Julián del Casal prize competition and a coveted finalist position in the international Casa de las Américas competition.  Morales is also the author of the poetry collections Cinema (1997, Pinos Nuevos prize) and Materia (winner of the 2008 Julián del Casal prize), among others.  His novel La espiral appeared in 2006.  Morales edited and introduced Como un huésped de la noche, an anthology of poetry by Roberto Branly, published in 2010.  His current manuscript is El mundo como ser.
Kristin Dykstra’s translations and critical introductions will be featured in three bilingual editions of contemporary Cuban poetry forthcoming from the University of Alabama Press:  Other Letters to Milena, by Reina María Rodríguez; Breach of Trust, by Ángel Escobar; and The Counterpunch (And Other Horizontal Poems), by Juan Carlos Flores.  She received a 2012 NEA Fellowship for Literary Translation to complete the collection Catch and Release, by Rodríguez (Cuba).  Dykstra previously translated several books of poetry from Cuba, including works by Omar Pérez and Rodríguez.  She co-edits Mandorla:  New Writing from the Americas with Roberto Tejada and Gabriel Bernal Granados and is Professor of English at Illinois State University.  While on leave from ISU she is Scholar-in-Residence at St. Michael’s College of Vermont.

I was reading a poem by Gottfried Benn, it talked about a cadaver on a dissection table, describing the way he touched its cerebellum, the way he extracted the tongue and placed it, “como flores,” into a receptacle with water.
Through the back window I heard a crowd shouting, a crowd shouting freedom.
Behind it a mob shouting violent things.
Freedom, freedom.
I left the organs on the jar, grabbed my camera, threw on my boots without socks and went out toward the prison bureau.
When I arrived I didn’t see anyone, a young guard told me to please walk in the street, just for today, he said.
I thought about Gottfried’s organs.
I was struck by hearing the word freedom, I think it was a protest by the mothers, I
returned to my house, as I was climbing the stairs I thought, your problem isn’t
cowardice, your problem is indifference.

Mummies are a method, not the result.

walled up between the hours