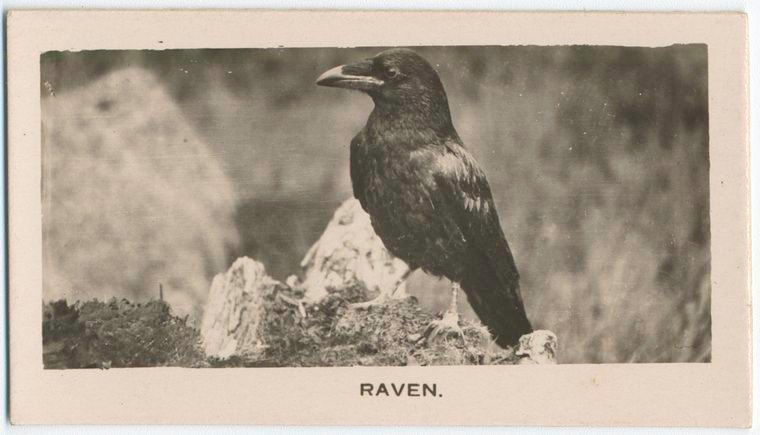 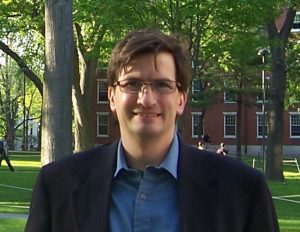 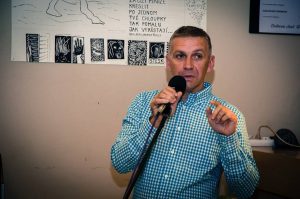 He whispered to me:
Beautiful Beaklet! Black fairy! Little one!

Although his 2011 collection Krooa krooa won the Magnesia Litera for poetry, one of the Czech Republic’s major literary prizes, Radek Fridrich stands somewhat apart from the literary culture of Prague. His hometown of Děčín, on the Czech-German border, is closer to Dresden than to Prague, and his verse draws closely on its local legends and landscape—the area is well-known for its phantasmagoric sandstone rock formations, like the ones where the narrator of “Vogelbird” wanders. Fridrich’s poetry also reflects the mixed Czech-German culture that existed there for centuries, until World War II and the expulsion of Germans from Czechoslovakia. Fridrich covers this territory with great passion and energy, drawing on ballads, incantations, and folk legends (he has also published a book of folk tales collected in Děčín and its environs) to create a powerful voice that mixes the impish and the oracular.

A translator himself, Fridrich speaks German and his verse is sprinkled with German words, as well as with neologisms that mix Czech and German etymology. For his 2001 collection The Speech of the Dead, he first fashioned German poems drawing on the memories of German-speaking inhabitants of a village near Děčín, and then published them alongside Czech versions (which he called “textual variants” rather than literal translations). The “ghost” of the German language haunts much of Fridrich’s Czech verse, with effects that are not always translatable. For example, the “drop of mourning” at the end “The Old Church Path” is, in the original, kapka traurigu, “a drop of traurig”—the German adjective traurig (mournful, sad) here declined as a Czech noun, with the genitive ending -u, in a multiple displacement that will nevertheless be immediately understandable to most Czech readers. I thought it would be too clumsy to recreate this in translation, since a German word in an English poem would feel far more foreign than in the Czech original; I hoped the German names in the previous stanzas would do the work of locating this poem in a Czech-German cultural landscape. Fridrich’s verse is full of such effects—another is the title “Vogelka,” adding the Czech feminine ending –ka to the masculine German noun Vogel, “bird,” in a construction that would colloquially mean “Vogel’s wife,” but here more strongly suggests simply a nickname—“Bird” or “Birdie”—that encompasses both Czech and German roots.

Another fascinating challenge in translating Fridrich was registering his sudden shifts from the mundane to the magical, from the literal to the grotesque, from impassioned intensity to playful humor—and maintaining the careful balance among these different registers. “The Old Church Path,” once we have overcome our initial confusion and delighted in the poem’s central trick, modulates skillfully from anaesthetized beauty through slapstick to the pathos of the final (and first) stanza. A mood of confused tragedy underlies the whole; as so often in Fridrich, the effect is not to undermine feeling but to strengthen it, with the reversal of stanzas reminding us of the fragility of genuine pathos.

Fridrich ranges freely over lyric, epic, and dramatic genres. He is particularly at home in the dramatic monologue, whether prose poem or verse. But many of his dramatic monologues, like the two I have translated here, have a ballad at their core. In “Snow-Covered House,” the balladic action—a violent death, whether murder or suicide—is refracted through the eyes of a schoolgirl, who seems almost abandoned in a world of absent and surrogate parents. The poem is about her loss of innocence, but at its horrifying climax, there is a moment of simultaneous distraction and intense focus—“To this day I remember every groove and knot in the wooden door.” It’s a fine instance of aesthetic displacement that takes us out of a ballad into the more “psychological” world of the monologue, without losing the force of a balladic world where violence is drastic and sudden. In “Vogelbird,” a romance with undertones of anger and violence again reminds us of the ballad, as do traces of the supernatural; but unlike the ballad with its elemental psychology and unclear motivations, we see into the mind of the heroine and her contradictory impulses. Fridrich thereby relativizes the mysterious pathos of a ballad, but still preserves a sense of wonder and passion – he helps us see the speaker in all her confusion without letting us feel superior to her.

The Czech poet Radek Fridrich (b. 1968) has published eleven volumes of poetry, including the collection Krooa krooa (the title mimics a raven’s call), which won the Magnesia Litera for Poetry in 2012. He comes from the town of Děčín on the Czech-German border, and his poetry is intimately tied to the physical and cultural landscape of these borderlands—from the forests and sandstone rock formations around Děčín to the mixed Czech-German culture that existed there for centuries. He studied Czech and German philology at Jan Evangelista Purkyně University in Ústí nad Labem, and is himself a translator; he has also illustrated his own collections of poetry. His books include Řeč mrtvých / Die Totenrede (Speech of the Dead, published in a bilingual Czech and German edition in 2001), Erzherz (2002), Molchloch (Newttown, named after a neighborhood in Děčín, 2004), Žibřid (2006), and Nebožky / Selige (Departed Women, also published in both Czech and German, 2011).

Jonathan Bolton (b. 1968) is Professor of Slavic Languages and Literatures at Harvard University, where he teaches Czech and Central European literature. He has edited and translated a collection of a hundred poems by Ivan Wernisch, In the Puppet Gardens: Selected Poems, 1963–2005 (Michigan Slavic Publications, 2007), and has previously published translations of Wernisch and Petr Hruška in Circumference. He has also translated prose by Jiřina Hauková, Jiří Kratochvil, and Alexandra Berková. He is the author of Worlds of Dissent: Charter 77, The Plastic People of the Universe, and Czech Culture under Communism (Harvard University Press, 2012).

The lid, already loosened by the fall to the ground,
flopped to the left and then broke off completely.
The face of the dead Theresie Kleinpeter gazed
up into the blue-gray winter sky.

Into its rippling waves it fell, with a frothy rumble,
and then floated off with the current.
Picking up speed, it hit a rock
bulging from the river’s mirror.

In the narrowest part of the ravine, the coffin began to move.
It rushed down the rocky slide,
racing over the clean and icy snow
right into the heart of the Kamnitz, the wild, unfrozen river.

Maybe it was Anton Dinnebier who slipped
as he carried the coffin’s front left corner, maybe a frozen branch tripped up
Franz Hieke, and Franz Kessler and Karel Hegenberger
could not rescue the situation.

Winter, the funeral procession, frost and tears, the women draped
in black woolen scarves and jackets, the men
in raven coats, huddled, bearded, hunched,
a drop of mourning dropping, now and then, from their gray eyes.

They took my father off to the war, and my older brothers too. The winter was bitter cold, ribbons of smoke rose vertically over the roofs of the houses, each of us carried a log for the school stove to keep ourselves warm. The teacher was kind and didn’t beat us much, but he always had his cane to hand. Once it had been snowing all morning and I was coming back for lunch. I recognized the path to our house only by the rough-hewn fence posts, half covered in snow. I reached the door, pulled on the handle and … it was bolted shut. I pounded and screamed: Mama! Open up! Mama!

To this day I remember every groove and knot in the wooden door, as well as the neighbors carrying out my mother, she was covered in blood, and placing her on the wagon. They carried me off, dazed, hungry, frozen, to spend the night at my aunt’s. I stayed with her until my father came back from the front.

I have an eagle’s nose and a narrow face
and they call me – Vogelbird.

My husband demanded nothing from life,
he was kind and mute,
but I had two children with him.

I wandered with them among the sandstone cliffs.
The children crawled through holes in the rocks,
gathering up sticks and snail shells.
I was looking for a Root of Bewilderment,
but he appeared instead.
His watery, bewitching eyes
broke my abandoned heart.

We would meet at night
while my husband slept,
and we made love, our bodies covered in cuts from the sharp sedge.
I cried out so madly
the frightened birds hopped about
in the surrounding trees.

He whispered to me:
Beautiful Beaklet! Black fairy! Little one!

A shiny glaze always
covered my brown eyes
when I parted with him in the morning.

As tends to happen with fiery signs,
passion soon gave way
to wrath.
With what force did he
bind me to him?
With what enchantments did he bewitch me?
By what right did he
take possession of me?
And I stopped walking among the rocks.

Often I would hear his drawn-out,
howling call.
I plugged up my ears
with a loving horror
and locked up in my body
the bubbling spring
he awakened in me.

Forever will I hear
those whispered words of stone:
Beautiful Beaklet! Black fairy! Little one!

who will quell our intense desire to solve

jumping out of one building and into another