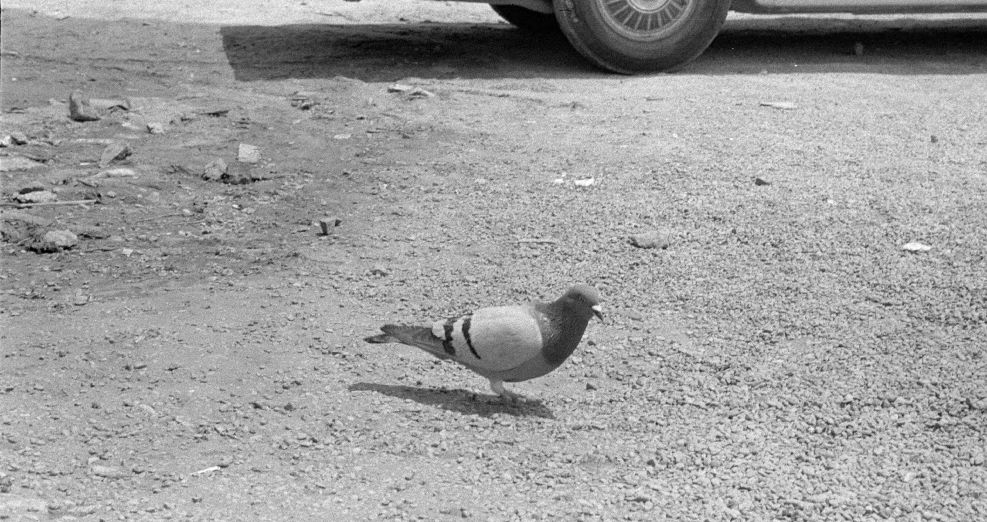 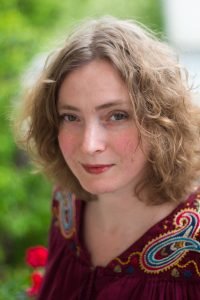 cows with one horn, one tail,
one leg, one eye, one teat

Ukrainian poetry is often a riddle to foreign readers. It has a strong insider appeal, full of obscure heroes, historical, cultural, and political allusions. Two years ago, I was asked to prepare a selection of Ukrainian poetry for a generational anthology featuring authors born after World War II. For weeks, I tried to find poems that might speak to an international audience, but what I found seemed too dependent on allusion and rhyme until I came across Vasyl Holoborodko’s magical blank verse. An apartment in need of tidying up, a broken motor bike, first love, a conversation with a village neighbor – universal topics, unpretentious diction – yet each of the poems is deeply rooted in Ukrainian ethos.

In 1999, Holoborodko became Laureate of the National Shevchenko Award, the highest Ukrainian literary distinction, and his poems are taught in schools. Still, he leads a hermit’s life in provincial Luhansk. It was impossible to find any personal contact info; he’s notorious for his “complexity of character” and his “reticence.” So how then was I supposed to contact this poet to secure his permission to translate?

I devised an ingenious trick. I called the Mayor of Luhansk’s office. “I’m the Editor in Chief of the American anthology Such and Such,” I lied to his secretary in a solemn voice. My introduction sounded impressive enough for her to put me through to the Mayor, who then gave me Vasyl’s address and telephone number. I called the poet after an hour’s hesitation.

We had a long, cordial conversation. I experienced nothing of the reticence I was warned about and which, taking his dramatic biography into account, Vasyl has every reason for. “I love words,” he told me, “and mine are not fiery – they teem with bees and butterflies.”

Later Vasyl sent me his newest work, which were a pleasure to translate. Some of those poems are presented. In the unglamorous rural setting of his poems everyday things are distilled into their divine essences.

Vasyl Holoborodko is a Ukrainian poet from Luhansk. In 1964, his blank verse was pronounced the vanguard, the ultimate promise of new Ukrainian poetry. In 1965, he was expelled from Kiev University for his anti-Soviet views and refusal to cooperate with KGB. For twenty years to follow, his poetry was banned. To support his family, he worked as a miner, builder, and farmer. In 1988, during perestroika, Holoborodko published several collections of poetry and was able to resume his university studies. His work has been translated into English, Portuguese, Polish and German. He became Laureate of Shevchenko Prize, the highest national literary award in Ukraine.
Svetlana Lavochkina is a writer of fiction and translator of poetry. She was born and educated in Ukraine and currently resides in Germany. Her work has been published in numerous literary magazines and anthologies in the US, including Witness, Drunken Boat, Eclectica, Mad Hatters’ Review, The Literary Review, Chamber Four Fiction Anthology. She was shortlisted for the Million Writers’ Award in 2010 and was a runner-up for the 2013 Paris Literary Prize, an international novella contest launched by Shakespeare&Co and the De Groot Foundation. Svetlana is co-founder and president of Leipzig Writers, a non-profit organization supporting international literary projects.

A Hut For One

In this village
In every hut – a small hut –
– a single hotel room –
– a nesting box for one starling –
– a hive for one bee –
there live, one of each:
not only the old people whose families died long ago
or moved away into the wide world,
but also young ones – of different ages –
men and women, lassies and lads, and children.

In this village
in the morning – from every hut –
they drive out cows to graze –
cows with one horn,
one tail,
one leg,
one eye,
one teat.

In this village
a lonely man
comes out of a little hut –
knocking at his neighbors’ doors
to stack up a grivnya with someone
and buy one bottle of liquor
to drink together;
but he finds no one,
and returns home alone
to his hut –
a small hut,
and a little later another lonely man
leaves another hut
with the same purpose –
to meet someone –
but this man finds no one:
never, nowhere, no one does he ever meet.
(Epiphany: to find no one to drink with
is a symbol, by definition, of being lonely
and remaining lonely; unreal opportunity
of communication, problematic
for the dwellers of small huts – and a real opportunity
of which the author himself is aware.)

I ran into an old village neighbor
who told me about his pigeons
(he empathized with his pigeons).
(Epiphany:
a pigeon, by definition, is
“something which is in the middle”).
“Remember, I used to have a pigeonry,
and my girls wouldn’t let one of the pigeons alone –
they got it into their heads
to teach it homing.
To its leg, they would tie a flower
from the garden by the house,
and when the flowers wilted,
a spoon or a fork;
when they ran out of spoons or forks,
they would tie a nut or a screw
that were always scattered about in the yard
(my motor bike always needed repair!) –
and they would let the pigeon fly.
(Epiphany:
a flower, by definition,
is something “which is the most beautiful thing in the world”;
a spoon or a fork,
a nut or a screw is “something small”).
But the pigeon could not fly far with such a letter:
just over the valley
to the path on the opposite side,
and there on the path it would always sit down.
Did you, perchance, see that pigeon –
you often walked that path beyond the valley?”
“No, not once. Maybe
it managed to fly away,
having somehow undone
every new letter with its beak
before I appeared on the path –
although sometimes
a garden flower,
a spoon or a fork,
a screw or a nut
would catch my eye,
but not once did I connect these
to your orchard,
your pigeons,
your motor bike in eternal need of repair.”
“It all happened in the summer
when my younger girl came of age
and fancied you at once –
she would only think
of you,
of your walking the path beyond the valley.”

We look as we did when the lava was poured upon us.

I was holding the light on either side of me