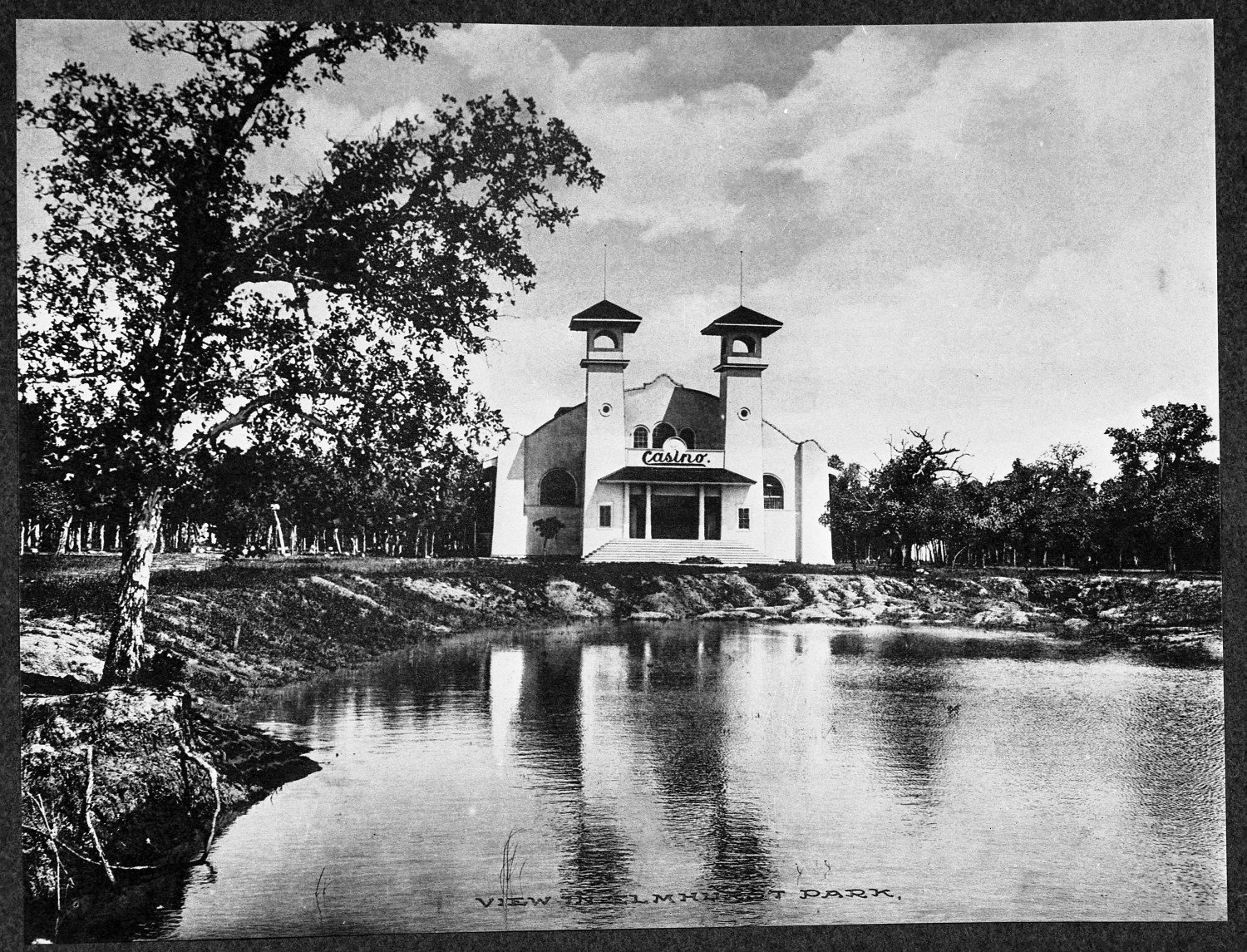 A wager, a wager, and an eclipse

Peretz Markish was one of the brashest Yiddish poets of his day. The Forty-Year-Old Man (Der Fertsikyeriker Man), Markish’s long poem comprised of 80 sections with precisely 12 couplets in each, underscores his modernist aesthetics and avant garde stylistic techniques.

To read The Forty-Year-Old Man is to experience an exercise in contradictions: the style is at once radical and conventional, experimental yet contained. For example, Markish inverts linguistic norms, often by truncating words, so that they transmute into something new, something fabricated. Or the word remains recognizable, but its function within the sentence is transformed, so that a verb may turn abruptly into an adjective, or a noun into an adverb – though the same word may switch back to its regular function in the next line or section, creating a sort of inverted mirror effect. All this is emblematic of Markish’s bold experimentalism. Imagine what this does to a translator!

Yet one need only skim the pages of the poem to notice its conservative bent. The poem is contained. Every section features the exact same number of lines, and most of the lines rhyme. Although the rhyme can be sloppy (the words refuse to be as contained as they’re meant to be), the meter is precise — the entire poem written in tetrameter. Daring as Markish may have been, he was still cognizant of the realities of Soviet conventions. Writing in tetrameter, with perfectly spaced stanzas, placed him within the acceptable parameters of Soviet poetry of his time, which in turn, allowed him the freedom of experimenting with words, syntax, and imagery.

Indeed, his imagery can be astonishing, particularly his anthropomorphizing of objects or nature. Consider:

The day walks bowed yet firm on the road / Flies bite into it for nourishment
The hands are screws, they bolt themselves / to the mountain of joy, to the mountain of pain
A day like a watermelon split in half / Juice and light spilling from it

Much of the imagery, like much of the poem itself, is esoteric and enigmatic, presenting a particular challenge for the translator of his work. Markish makes no attempt to elucidate his reader. He drops the image onto the page, and there it is intended to operate both as a discrete object and as part of the larger structure of the poem. Translating Markish’s work, therefore, involves decision-making not only of the caliber that typify the work of any literary translator—remaining faithful (or not) to the text, finding the mot juste, etc.—but also about how much to attempt to understand. Must the meaning of the poem’s symbolism and imagery in the text be penetrated and interpreted, or is its music on the page sufficient? What’s more, do the words’ enigmatic quality enrich the poem’s beauty, rendering any interpretation or explanation unnecessary, or worse, detrimental to the text?

As a translator, I have struggled with all these questions. In the end, I’ve attempted to understand Markish’s symbolism and imagery—particularly those alluding to Jewish and Biblical concepts, which the poem is rife with—to the degree I was able. Although I have mostly selected to allow the imagery to do its own work on the page, much as in the Yiddish original, my understanding of what the metaphors represent (wherever I was able to decipher them) can only, I believe, add depth to Markish’s rich artistic achievement.

Note: In the penultimate line of Section #5 below, there’s the intriguing phrase “an aleph in the mouth.” When I initially read the phrase, I wasn’t sure what to make of it. Then, to my delight, I found a wonderful explanation in an essay by Harriet Murav:

“Peretz Markish in the 1930s: Socialist Construction and the Return of the Luftmensh.” According to Murav, the phrase refers to the “legendary Golem, most famously associated with the sixteenth-century Rabbi Judah Loew of Prague. On its forehead is inscribed emes, the Hebrew and Yiddish word for truth, spelled alef-mem-sof [אמת]. Every night the letter alef [א] must be removed, thus turning the Golem into a mes, a corpse, spelled mem-sof [מת], lest the Golem overpower his human creators. Every morning the alef must be reinscribed in order to bring the Golem back to life. In contrast to the silent Golem of Jewish legend, Markish’s Soviet Golem says his alef out loud, proclaiming his freedom from the past and from his rabbinic creators.”

In Section #5 of The Forty-Year-Old Man, it is the youth that demands and implements change. It is they—holding the aleph in their mouth and the stars of the sky in their homespun kerchiefs—who proclaim their freedom from the past, thus helping to usher in the Utopian life Markish was so sure was coming.

Peretz Markish was a leading Soviet Yiddish writer who, along with a few other members of the Russian-Yiddish avant-garde “intelligentsia,” revolutionized Yiddish poetry and culture. His most famous work is Di Kope (The Heap), and his most enigmatic work—never yet published in English—is Der Fertsikyeriker Man (The Forty-year-old Man). Sadly, Markish was executed by Stalin on August 12, 1952, a date that came to be known as “the night of the murdered poets.”
Rose Waldman holds an MFA from Columbia University. Her original work has appeared in Ploughshares, Ami Magazine, The MacGuffin, Women in Clothes (Penguin 2014) and elsewhere. Her translations have appeared in Pakn Treger, Blue Lyra Review, several anthologies, and as a chapbook, “Married,” by Back Pages Books. She was a 2014 translation fellow at the Yiddish Book Center, Amherst MA.  Her translation of Pioneers: The First Breach, an S. An-sky novel, is in contract with the Yiddish Book Center Publishing Initiative. She is currently completing a translation of the book-length epic poem, The Forty-Year-Old Man by Peretz Markish.

The village windows are aglow at night
At each window sits a youth, pensive, dreamy

The village is asleep, but time crawls on
On the poor little workbench – meager little tools

The ceiling is low and the doorstep is low
Oh, the heft of all the world on each youth.

In the quiet of the steppe, undisturbed by anyone
See another, deep as the earth.

In the charcoal fumes, the smoke of night’s light
See a third, bright as the heavens.

And the heart quivers and the heart awakens
On poor little windows the world stirs, shifts.

And this time, with a mouth parched, bound by fever
I will rise up to you and say this:

From tiny meager rooms in this mammoth land
The bold demand rises in the distance.

In the poor night’s light fuzzy with smoke
Stars reveal themselves, flicker in the skies.

An aleph in the mouth, but with sorrow they carry
From doorsteps, barefoot – the stars, the world.

The sea fevers for night’s arrival
The distance is pensive, lost in thought

A blue stillness, such a stillness
Somewhere a sailboat has tarried

A sail – a cradle with childish sleep
And stillness swings up onto the new moon, dangles

In a tiny silver nap, it dozes off
And a tiny star drops into the cradle.

The sea is set out like a silver bed
And stars lie there, spellbound

And charms and enchants and wakes and calls—
Well then, who doesn’t become intoxicated? Who doesn’t get stirred up?

So in the middle of the night who will skate
With the stars on the silver wake?

Skate like that on the mirrored rim
Together with the stars, side by side,

Come as a silver one to the new moon
And put to sleep the parched mouth in the cradle?

If such sparkle of passion and desire keeps trickling,
Who there will prevent me from being a child?

And no calm is coming, no plenitude—
On growth and on regrowth a wager!

A wager, a wager, and an eclipse
If only distance and height will suffice.

The heart isn’t filled, the brain isn’t sated,
The farmer in the field, the craftsman in the workshop

Feeds the field concealed in dreams.
The farmer doesn’t sleep, he wakes and he wants

The rye to be ample, abundant
Seven persons shall carry a grain.

A hindrance is no hindrance, labor doesn’t thwart
Neither heart nor head snuffs itself out.

Eyes phosphor from heights and ideals
At the wheel of a machine a youth is a-dream:

And where there’s one – let there be seventy now,
Joy should multiply for sweat, for pain.

But the mouth is parched, bound by fever.
So I’ll rise up to you and tell you this:

Each seed of time is expensive, so dear
But not for sale – no, for planting!

In the spring the land is plowed and green,
So reduce the time and improve the ilk

Increase the wager and reduce the toil—
The land is so tired from rising and moving.

I should have been born a giant bird

Out of the halls of books Appear the butchers.